White October has won the Digital Expanded Service or Application category at this year’s London Design Awards. The Oxford and London-based business has achieved the GOLD recognition as a result of its work to help digitally transform the e-assessment landscape with international exam marking organisation RM Results.

RM Results has been at the forefront of exam marking since 2005 and its e-marking platform RM Assessor is used to mark 190 million pages of exam scripts annually for 14 awarding organisations worldwide.

Partnering with the product development team at RM Results, White October was tasked with helping to realise a new vision for RM Assessor which considered the next generation of examiners (and made it fit for the future). Specifically, examiners needed to be able to interact with RM Assessor intuitively on their device of choice.

After an in-depth research and consultancy phase White October developed a programme to deliver a step-change in the user experience. This included designing a world-class new platform with enhanced features such as a responsive user interface supporting touch and gesture navigation.

The resulting live pilot of the new RM Assessor³ saw more than 100 examiners across 49 countries use the new software to mark actual candidate exams. The response to RM Assessor³ was so positive that 97% of participating examiners consistently rated the mark experience, ease of use and design of the user interface extremely positively.

Dave Fletcher, CEO of White October commented: “We’re absolutely delighted to have won this award on behalf of our client RM Results. The roll-out for RM Assessor3 had to be really well planned because of the high-stakes nature of exam marking, meaning we had to remove as much risk from the migration process as possible. The end results of examiners rating their experience highly with 100% adoption 12 months earlier than scheduled and RM Result increasing their reach could not have been better.”

Richard Little, Product Development Director, RM Results said: “To have our work recognised with a GOLD award is really fantastic. This is a brilliant testimony to the very hard and fast work of the whole RM Assessor team and our consultancy White October. RM Assessor3 has been instrumental in RM Results expanding partnerships, and has been described as ‘very slick’ and ‘a brilliant initiative’ by a number of awarding bodies.” 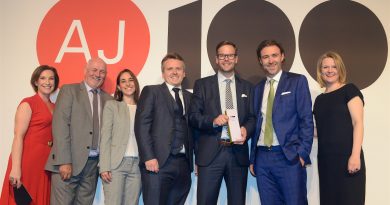 Fidelity, a UK-based communications provider, has partnered with Buddy, a cloud-based smart solution for monitoring the consumption of commercial building