Young Women’s Trust, a charity that supports young women on low or no pay, is calling for national targets to help women into male-dominated apprenticeships and boost the economy in a major report.

Women are shut out of sectors that face a shortage of workers, such as construction and engineering. Employers, however, are unclear about how to legally improve women’s representation, according to the ‘Equality at Work? Positive action in gender segregated apprenticeships’ report written by Professor Chantal Davies of the University of Chester, which set out solutions ahead of ‘International Women in Engineering Day’.

A YouGov poll for Young Women’s Trust found that three in five employers think that positive action – steps like encouraging more women to apply and actively choosing women over men where they are equally qualified – is needed to achieve workplace gender equality but just a quarter have taken steps to improve women’s representation.

Young Women’s Trust is calling on the Government to set time-limited national targets to boost the number of women apprentices in sectors where they are underrepresented and says organisations should set their own targets, too – incentivised by linking chief executives’ bonuses to results. If targets are not met, Young Women’s Trust says the Government should consider imposing quotas.

The charity is also calling for employers in sectors where women are under-represented to take positive action by:

These measures are designed to redress disadvantage to put women on a more equal footing with men in the recruitment process – thereby helping to tackle women’s under-representation in many sectors. Many employers are unaware that they can legally use these measures.

Young Women’s Trust chief executive Dr Carole Easton OBE said: “The growing skills shortage in sectors like construction and engineering will not be plugged unless employers help more young women into relevant apprenticeships. But Young Women’s Trust has found that young women across the country are shut out of these sectors due to gender stereotypes and a lack of support.

Professor Chantal Davies, Director of the University of Chester’s Forum for Research into Equality and Diversity and author of the report, said:“Positive action in theory is an effective measure to address underrepresentation, but our research found that there is confusion about whether and how it can be used – which also means that it is being under-utilised. The majority of employers who took part in our research were committed to measures to bring about gender equality. However, our participants felt that there was a lack of consistent adequate guidance and a code of practice, which meant that employers lack awareness and/ or confidence to implement effective positive action measures. This can be down to a fear of legal liability.

“Through this report, and the work I’m carrying out with the Young Women’s Trust, we are seeking to address this knowledge (and confidence) deficit, in our aim to tackle the under-representation of women in this key skills area.” 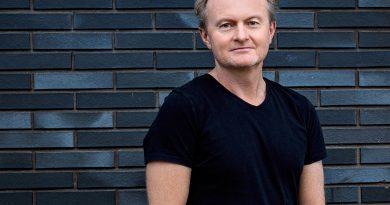